While we’re all here hanging out together for months on end in one building, we have to be creative in ways to entertain ourselves. Alex, one of our science team here, organised a darts competition between various stations throughout Antarctica. Of course we can’t actually get to other bases, so we use our dodgy phone lines and Internet connections instead. This is followed up by emailing a couple photos through to the bases, post match, to see just who we’ve been playing. 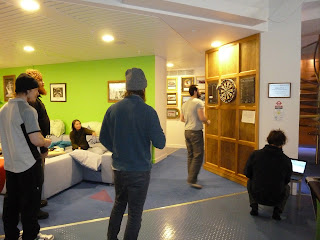 You can see the set up in this photo. Alex is usually in charge of the phone or laptop, which we set up by our darts board for the game.

So far we have had a lot of fun…. and mixed results! I have to say I have never played darts in my life, and I’m not the only one. But I did manage a couple of fluke shots to win our game against Concordia the other day – form I know I will not be able to replicate again should I play darts every day for the rest of my life! But it was fun while it lasted! We have lost a couple matches but our most important win was against Rothera (another BAS base) on Friday night. 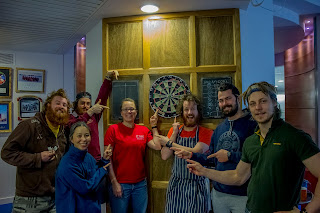 Apparently July is usually pretty quiet after the buzz of midwinter. But we’ve managed to keep ourselves entertained – not only with the darts but a few other bits and bobs. We celebrated Nathalie’s birthday with a party including a monster cake made as a team effort by me, Steve and Celine. It was pretty solid and ensured everybody had their lifetime’s dose of food colourings! 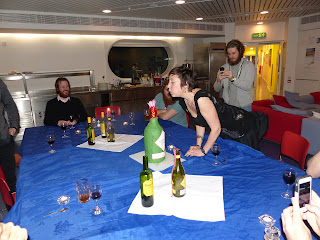 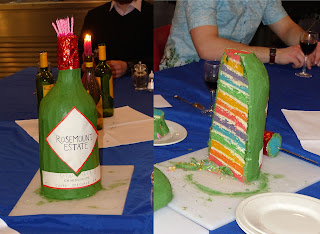 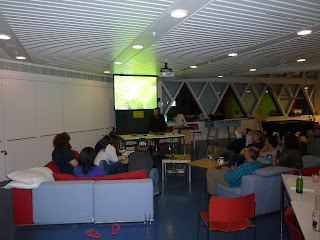 And last night we had a sushi evening with everybody rolling their own and a few of us dressing up. 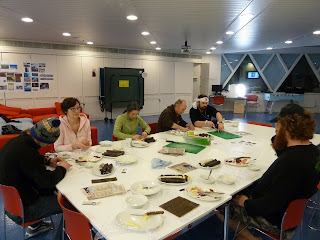 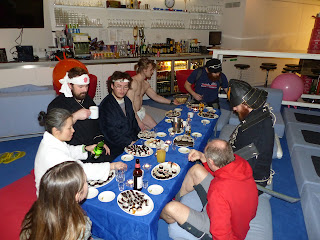 I have finished a post midwinter project of knitting a jumper. Shame it’s actually too warm to wear it here!! Inside, at least! And on top of all of this the light is coming back pretty quick. It’s a beautiful day
out there today… 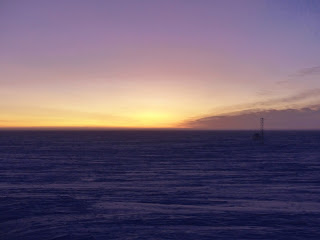