Once again, it’s been a while. A lot has been happening. We now have about 55 people on station and the summer season is well under way. A lot of the summer staff and the new wintering team come in on the ship, but a few people fly in early (as I did last year) to get bits and bobs done before hand.


Each year a number of structures on the base get moved to avoid snow accumulation, which would lead to them being buried. The structures – the Garage, the Drewry building (summer accommodation) and the Technical Workshops (or WASP as we call it) are built on large skis so that they can be pulled out of the wind scoop that forms around them during the winter. They get moved to one side one year and then back again the following year so they are always in line with each other. For the WASP this means first using the digger to dig most of the snow out around it but after that it’s down to man power. We needed to get underneath it to dig out certain parts to enable it to then be towed up a ramp. No mean feat, but with a big enough group of people it took about a day to do. Not the most wonderful photos I know, as they were taken during quick breaks from the kitchen, but it gives you an idea at least.
A lot of snow accumulates around the main station modules too. Massive wind tales develop on one side and have to be managed too. This will happen in the next few weeks and will involve massive amounts of snow being moved around as well as moving the module legs. I’ll try and get photos of this to put on here when that happens. 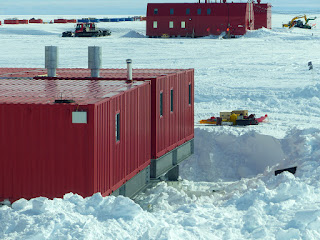 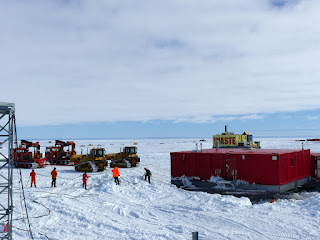 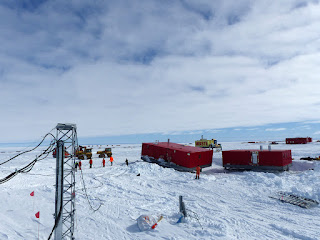 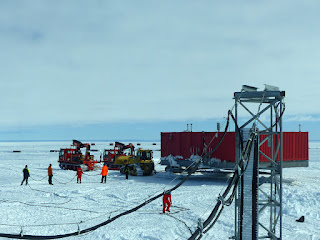 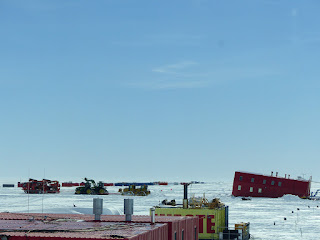 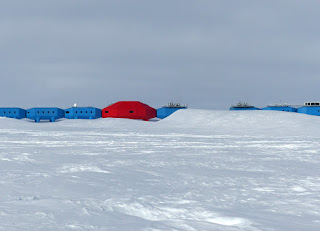 Another early summer job is raising drums. These mark out the perimeter and also the route to a place called Creek 3. The drums are empty fuel drums that easily get buried by blowing snow or sometimes get blown away during the winter. We took a Snow-Cat, 5 people and a big German Sledge with some more empty barrels on a trip to Creek 3 on a beautiful sunny day a few weeks ago. The idea was to drive there, have a little look around, and then carry out the drum raise on the way back. This involves 2 people sitting on the back of the sledge and hopping out at every drum. We passed a strop over the drum and left the Snow-Cat to pull the drum out before popping it back on the snow and packing a small amount of snow around the base. Where there are drums missing we grabbed one off the back of the sledge and popped it in the right place along the drum line. We rotated teams every half an hour – even though it was super sunny and lovely, it was still pretty nippy.
We also got a very cool fly over from one of the BAS twin otter planes on their way back from a project flight. 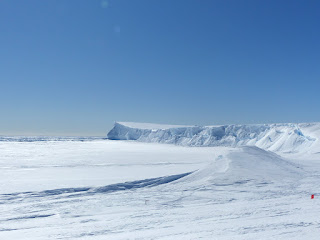 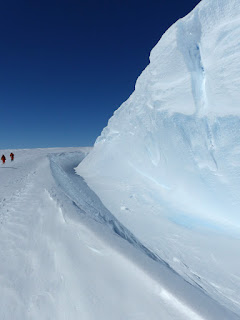 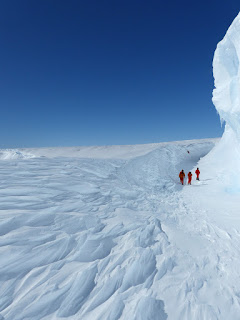 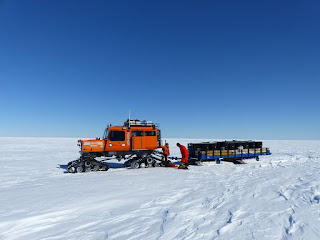 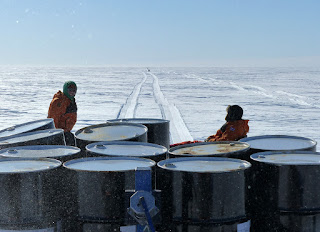 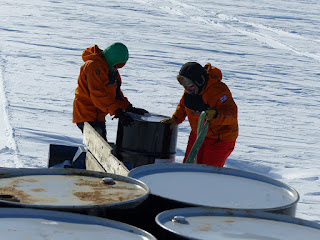 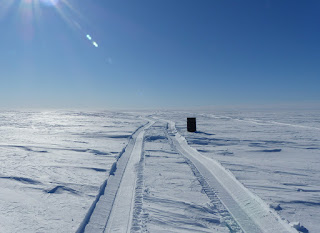 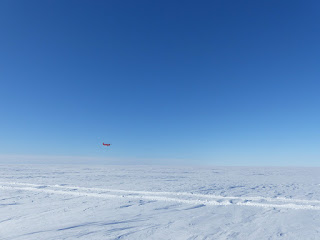 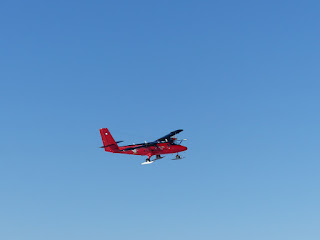 We had a quick evening trip out to Windy Bay to hopefully see the penguins. A trip the day before had enabled a group to get on the ice and hang out with them, but by the time we went the next day the wind had picked up. This meant it was less than ideal to head down on to the ice. You can see how little ice was left in comparison to weeks earlier when it was quite hard to see the sea in the distance. So although it was disappointing not to get down, it was still lovely observing them from afar. You could see groups heading in and out of the water to hunt and also large cracks appearing in the ice. Hopefully the ice held on a little longer to enable those little guys to get a bit bigger. 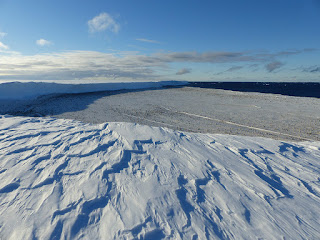 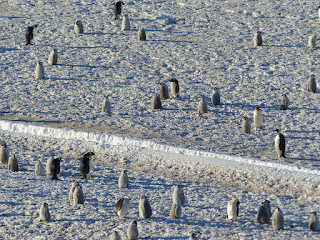 And after all of that we had Relief (the arrival of the ship and all the re-supplies), Christmas (which was during Relief and so got postponed to Fakemass a few days later), New Year and a great trip back to Creek 3 for some ice-climbing just the other day. It’s been a busy time and will continue in the same vein for the remainder of the summer season. Wish me luck! 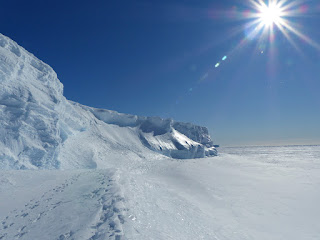 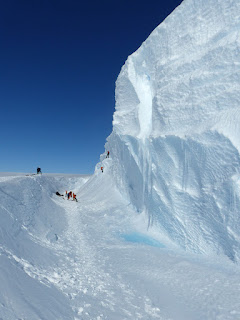 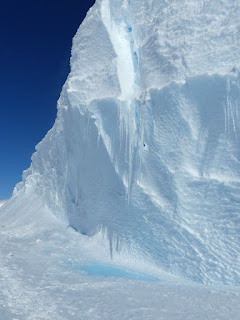 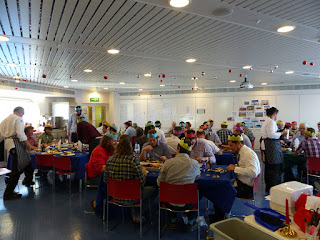 Happy New Year to everybody! I’ll be seeing a lot of you THIS year, which is a great thing to be able to finally say!  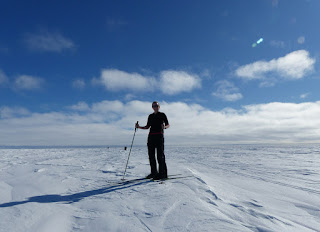 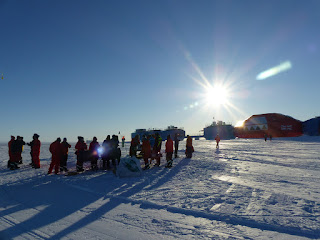 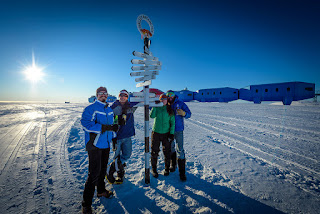 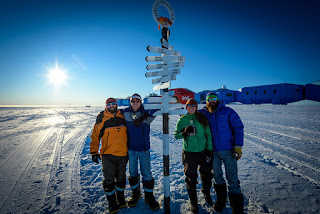 The last two pics were taken by Michal Krzysztofowicz (or Mike K as we know him here) who is down for his second winter as data manager. He takes great pics and has a blog you can check out here.