Lucky for us our plane from Cape Town stayed more or less on schedule and we found ourselves heading to the airport early on Thursday morning. You check in with ALCI (the company we fly into Antarctica with) as you would any other flight and go through normal airport security. 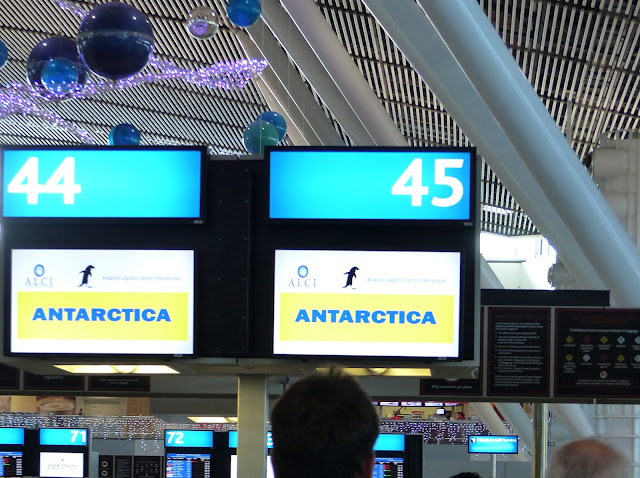 It’s a pretty “no-frills” affair, but comfortable. The flight to Novo (a Russian base) took about 5 hours during which we were offered refreshments and were able to use the loos – two port-a-loos strapped down at the back of the plane. When we neared our destination we were asked to put on our warm clothing and we were able to watch our landing on a TV screen at the front which beams through footage from a camera in the nose cone. 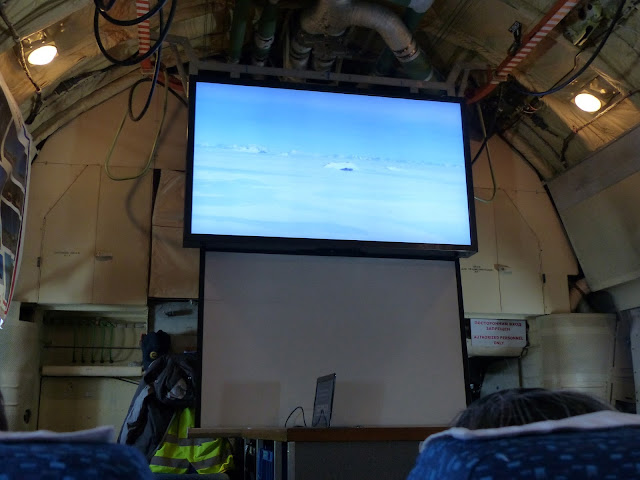 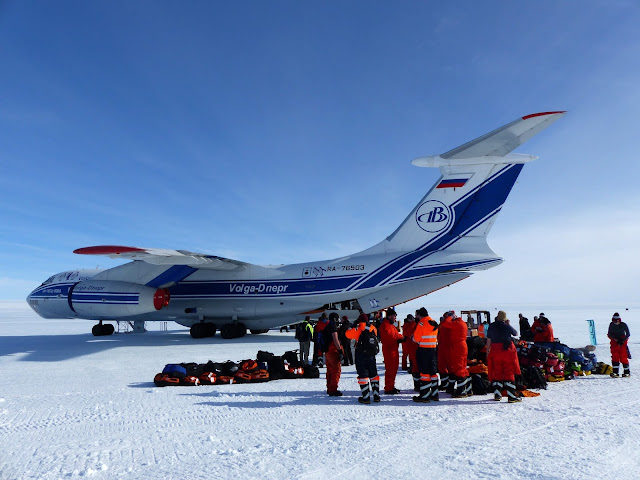 We hung around at Novo for a little while. There was cargo to sort and passenger lists to adapt. The initial plan was to fly us on to Halley in two groups in quick succession. But the crew from the next plane we would be using were called in to help with a medical evacuation else where in Antarctica. Luckily, they were still able to take one group through, and I was in that group. The next group are having to hang out at Novo for a little while until the middle of next week … hopefully!

And so it was on to the Basler plane. These planes fly through Halley from time to time and always look amazing, so it was great to get a chance to fly on one. We helped the crew load her up and we were on our way. A quick 4 hour journey over to Halley in amazing weather! A Piston Bully towing a sledge was our taxi ride from the ski-way up to base. We quickly unloaded our bags and grabbed some dinner, whilst saying hello to the wintering team we left months ago in March. This was followed by a quick briefing and then to bed. Easy as that! 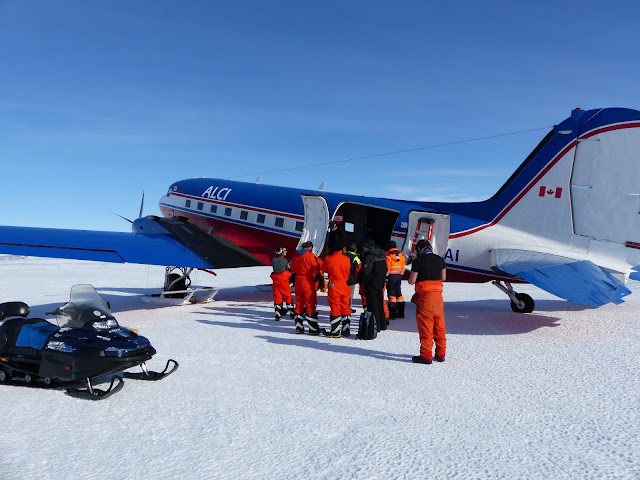 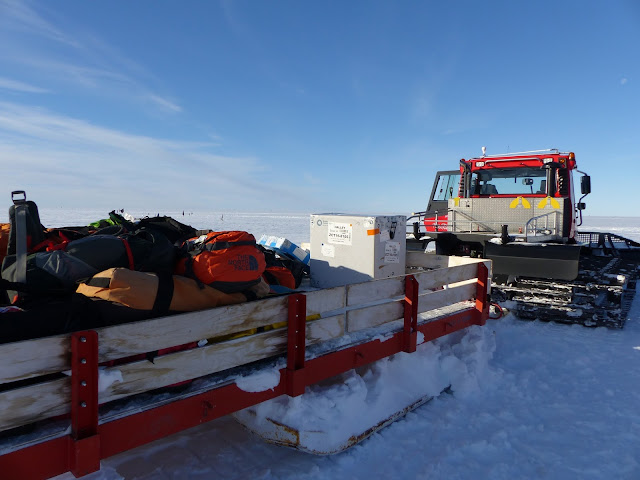