As most of you know, the big (huge!) project this season is moving the camp from it ‘s current position, at Halley 6, to a new position about 23km away – Halley 6a. The main job on site so far has been getting the Temporary Camp up and running so that people can move out of the modules and work can then start on decommissioning them. The Temp Camp is built mostly out of containers joined together by a sealed corridor, which leads to a communal mess tent, or Weatherhaven tent, at the end. The containers have all been kitted out so they work as sleeping quarters, bathroom units, a boot room, a laundry, a melt tank, a freezer, a fridge, a dry stores, and of course a kitchen. 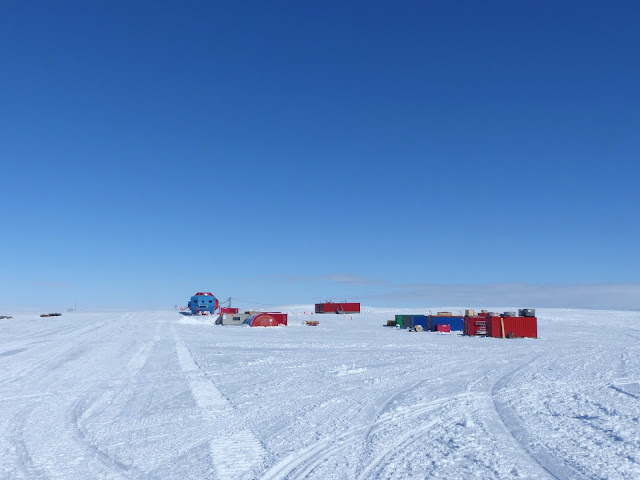 The above pic shows the Temp Camp infront of the Modules. To the right is the WASP (work shop) and then at the far right are the Tech team containers. 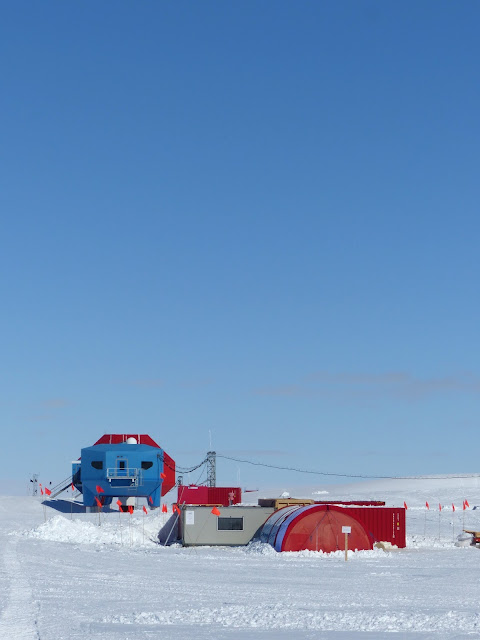 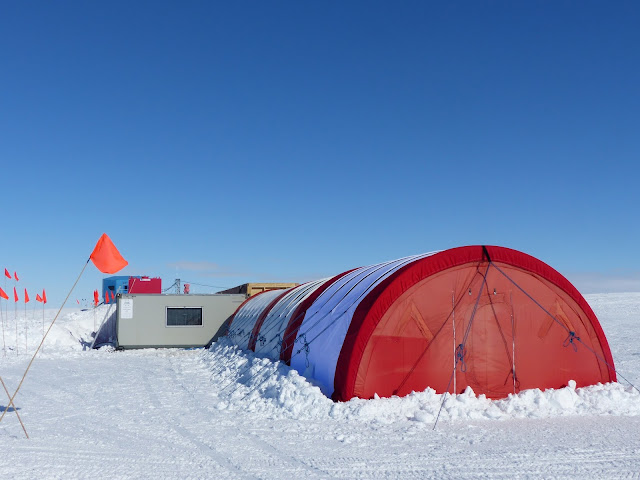 The Weatherhaven tent with the kitchen container to the right.

As usual there are also people still staying in the Drewery building (the summer accommodation unit), which is where I am for now. But this year there are also four cabooses outside housing more people. They each sleep four people. I’ll make sure to get some pics of the interiors of them and the temp camp at a later date, as it’s an interesting set-up. 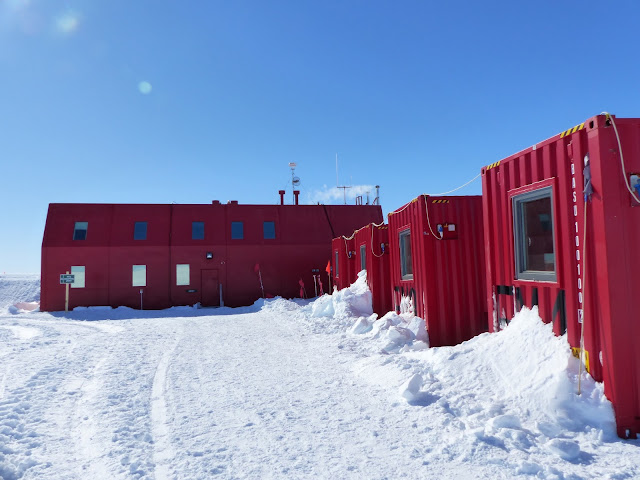 The move to the Temp Camp could come early next week, at which point we’ll have to move out of the main kitchen to be working there. We are three chefs at the moment with a fourth joining us in a couple of week’s time. The idea is to set up another Temporary Camp at the 6a site and have the chefs split between them.