That’s because it’s been a busy time here. A LOT has happened, and because I didn’t post about it straight away I have forgotten a lot. As we settle in to the season more I will try to improve.
We are now in the Modules thanks to a great team effort from everybody. We were massively up against it thanks to various delays meaning we lost a good few hundred man-days of work. We had a good few delays to a couple of large inputs of people coming in from Cape Town. That meant we had to get on with quite a few jobs before they arrived.

One group arrived in time to move the garage. Both the garage and the Drewry building get moved each year to manage snow accumulation around each structure. They are moved one by one. It is a lot of work preparing the level plinth on which each building is dragged on to, and the ramp up which it is moved. Air bags are inflated underneath to help with the initial slight shift to break it free. 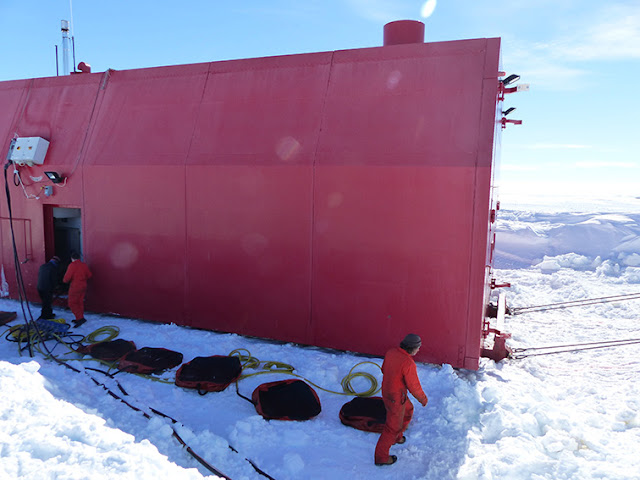 Then two bulldozers, anchored by two Piston Bullies and another two dozers, begin winching it forward. 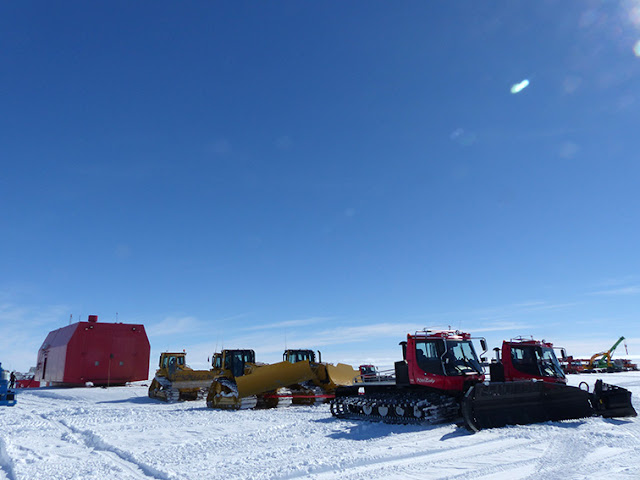 Everything inside is secured or laid low on the ground (as it can be pretty juddery) and a few people stay inside to keep an eye on things throughout the move. In between my cooking duties I was able to head out to catch some photos. 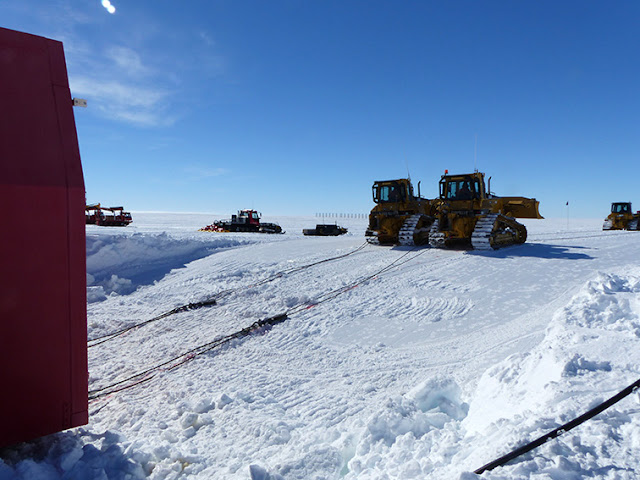 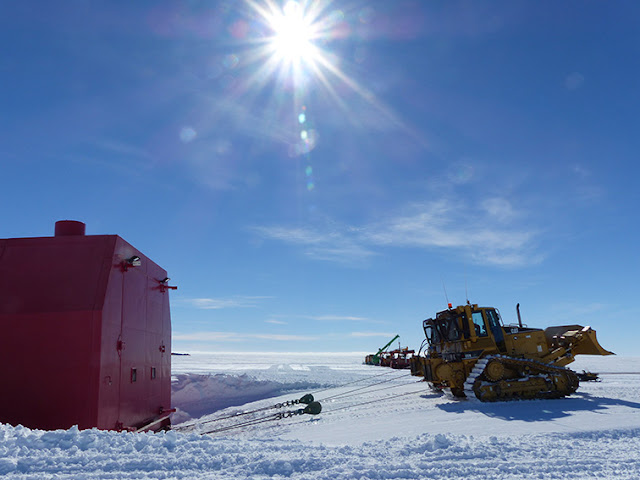 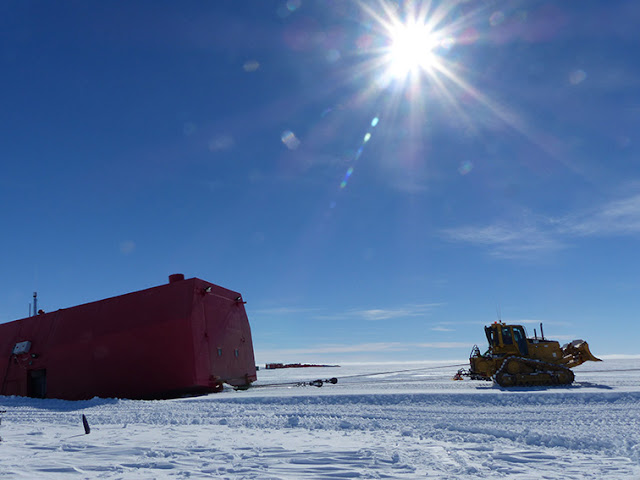 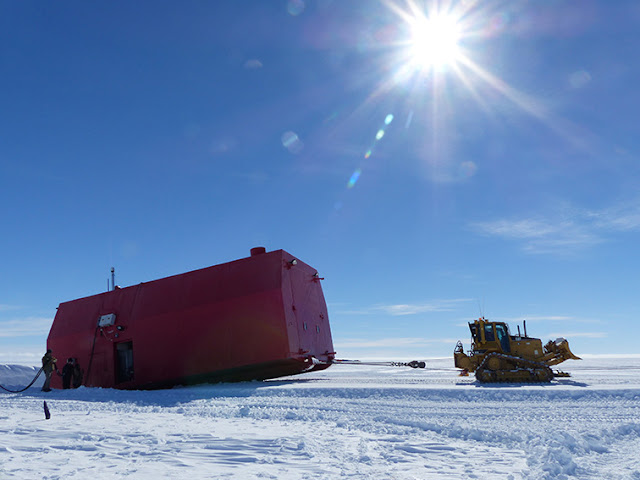 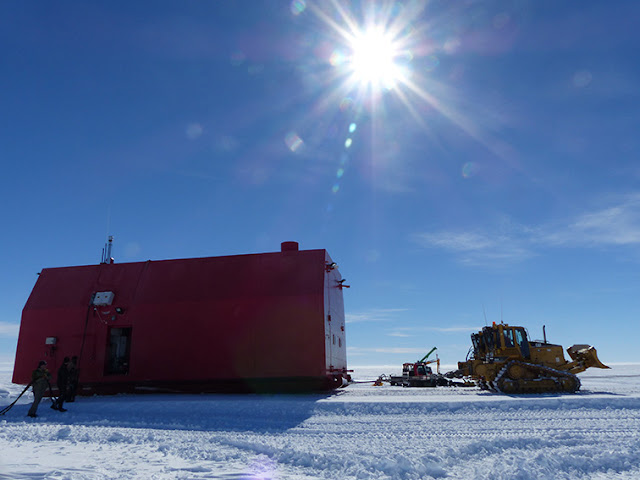 I was inside the Drewry for when that was moved so didn’t take any pics. It is done in the exact same way as the Garage.

Quite a bit of stuff had been stored in Module after the move, ready for winter. After one delay too many I decided to simplify my cooking and head to the Modules for a few days to start clearing. After a good couple of solid days Al and I were able to clear A Module of anything that didn’t belong there. Luckily we had a lovely sunny day to do this on. We carefully dragged large boxes on to the Bridge. There is a crane on the Bridge that could then lift boxes off on to a sledge on the snow below. 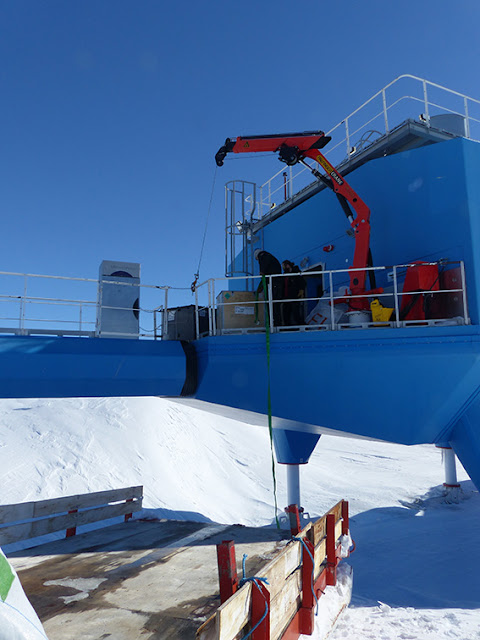 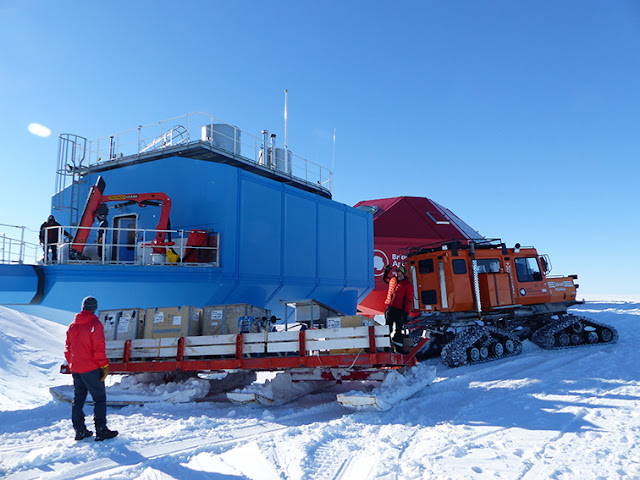 It was a lot of work for a small team but we managed to sort it, leaving A Module clear. It still took a team of 10 of us to deep clean it all and get everything where it needed to be.
But we got there in time and we were still ahead of schedule somehow!

We squeezed in a small celebration and flag raising just before the final input of people from Cape Town last week. Thanks to our doc Neil who takes wonderful photos of these moments for us. 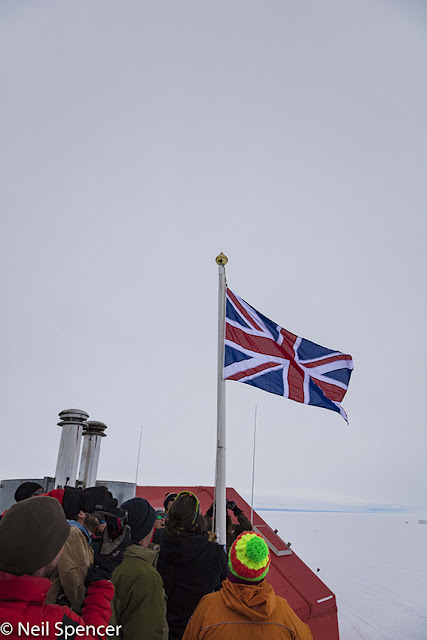 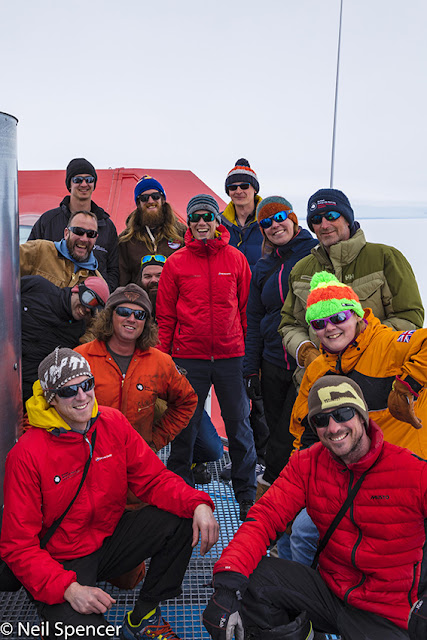 This week we have had Relief – when the ship comes with our supplies. We have three ship calls scheduled this year with the next one early/mid January. We had extended work hours and some people on nights or working shipside to deal with outgoing and ingoing cargo. It’s now roughly a 4 hour drive to the relief site! But as of later today we will have completed Relief, we have just about everybody here for the season, and can actually celebrate Christmas on Christmas day and not just have Fakemas this year.