The Big Red One.


Quite a few of us gathered at about 2.30 am to welcome “A-Module” (the big red one!) to site 6a. Unfortunately our temp camp roof terrace view is now obstructed by the Drewry building, but never mind. The red Module houses the communal living areas – dining room, lounge area, TV room/library and gym…. as well as my “office”, the kitchen. It joins the other four Modules and the Bridge that are here already. 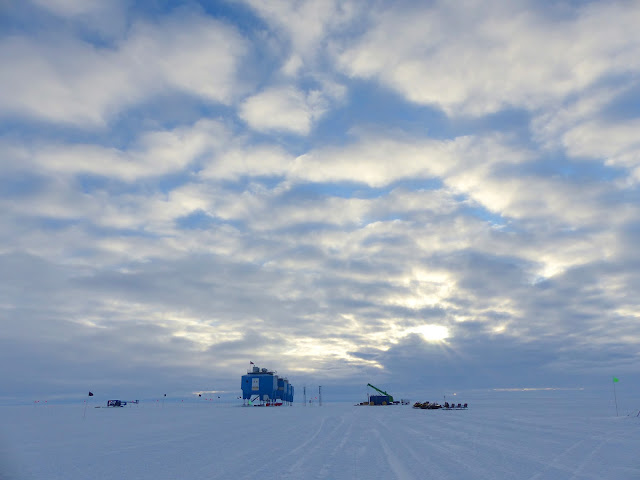 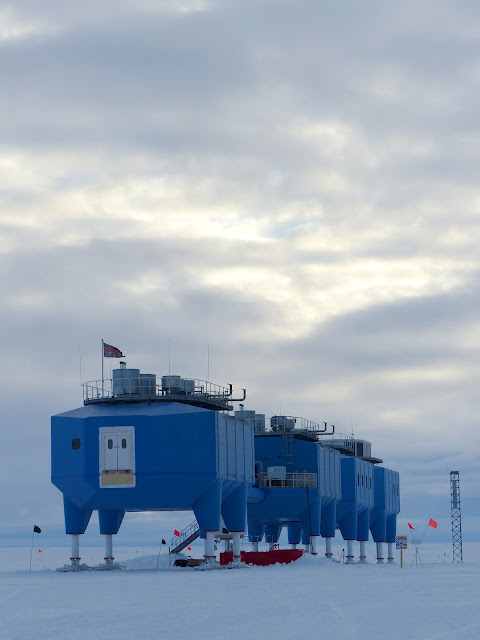 The landscape around here is mildly undulating (very mildly!), which means you can’t see the Modules being towed in until relatively late in the game. So it’s quite exciting to try and spot it on the horizon and finally see the module appear in the distance and watch it round the bend into the 6a perimeter. 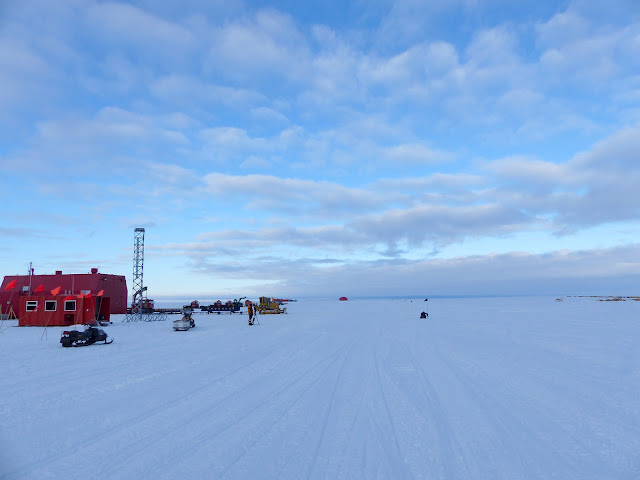 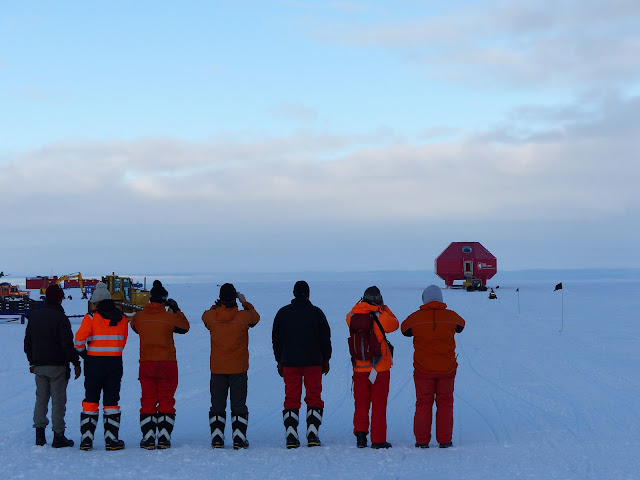 It takes some work to ensure all the Modules are properly aligned. The finer points to this are done after each Module is towed into position, but to get it as close as possible to centre the Modules are towed in following a flag line. 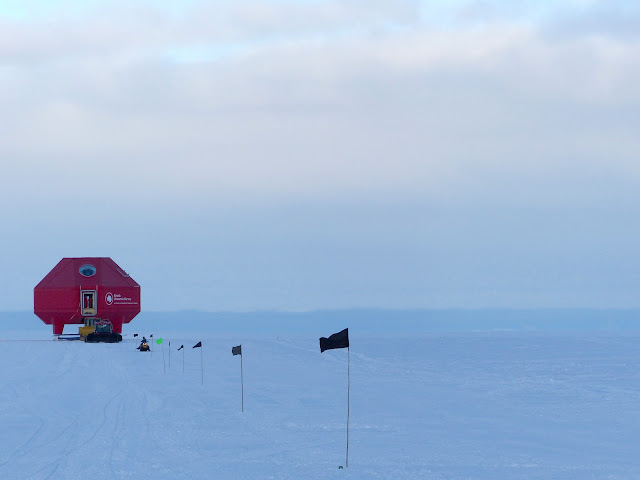 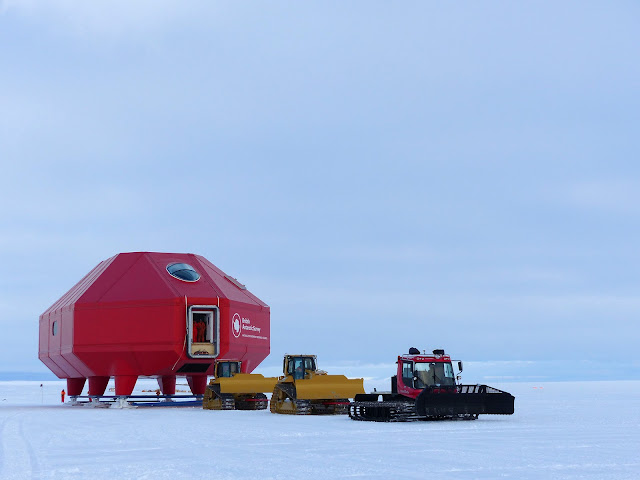 As it nears the end a few people along the way stand at the flag line and instruct the vehicle drivers to make any slight adjustments to their line. Al was stood under the Bridge right up against the Melt Tanks (that provide our water in the Modules), which are positioned right below and in the middle of the Bridge. 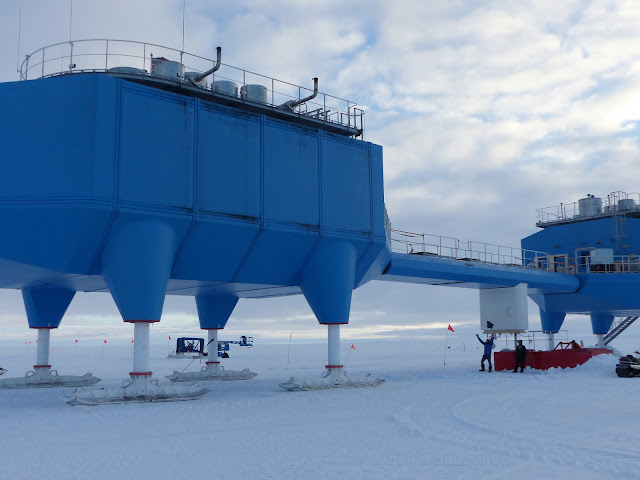 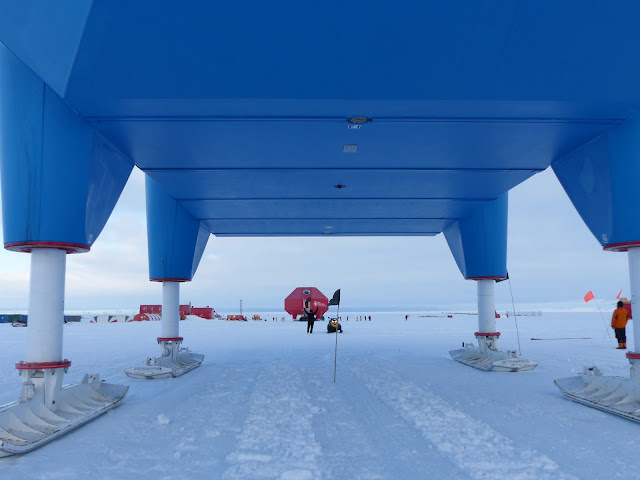 The vehicles pulling the Module can only continue on so far underneath until the Melt Tanks block their path. The Piston Bully was right up against it when it stopped. The Bull Dozers could then continue on slightly further together, without driving into the back of the PB. Once they had all stopped there was a small effort to see if they could just edge the Module slightly further forward using one Dozer, but it didn’t have quite enough oomph to get the Module going on its own. It’ll do nicely just where it is now. 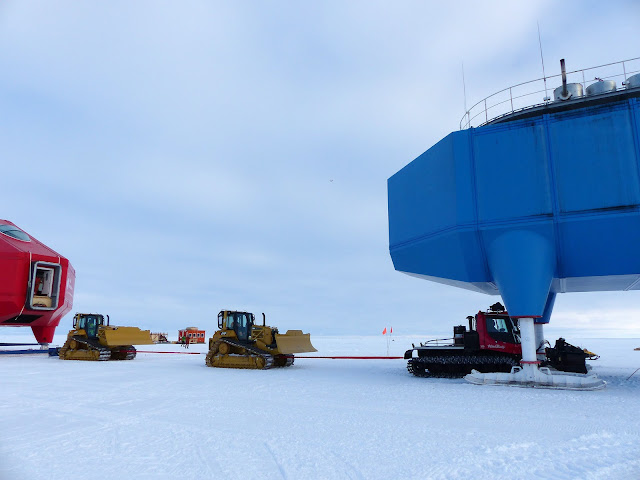 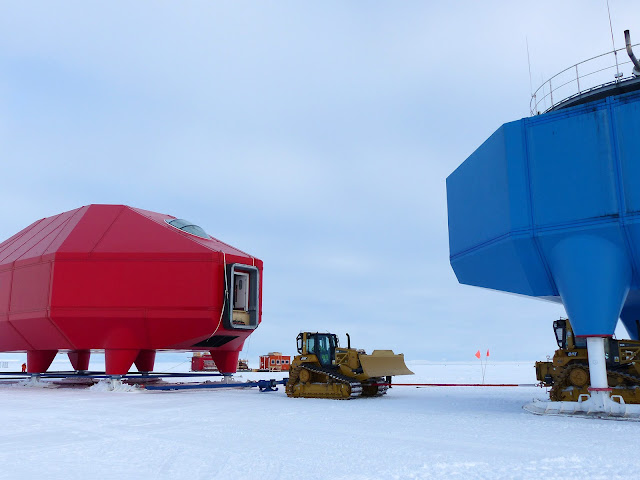 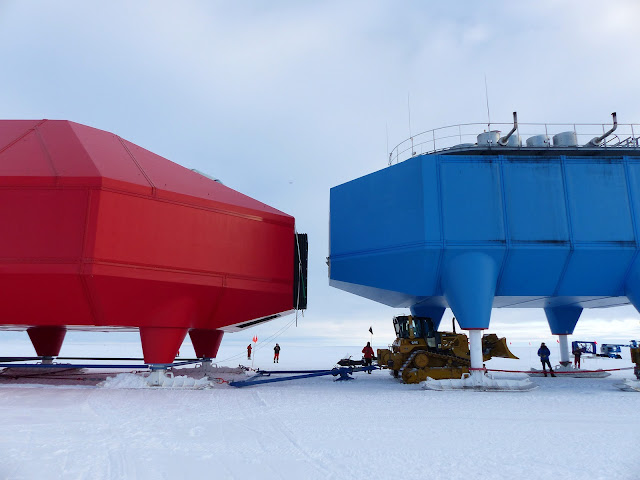 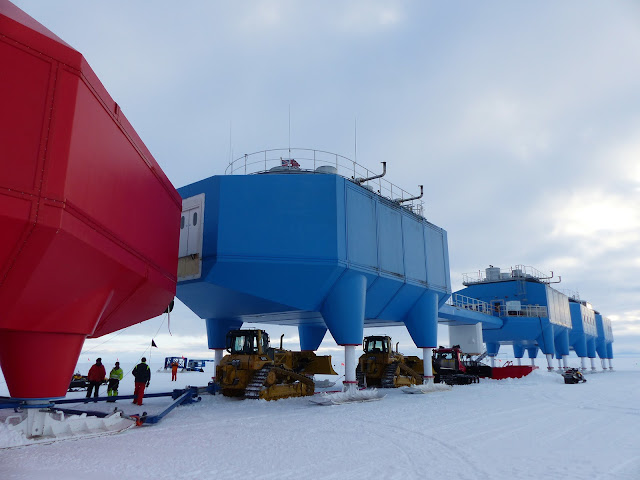 The tracks left by A-Module are pretty impressive. The tracks from the blue Modules were really quite soft with just a hard ridge in the centre line. But this time the tracks are pretty solid and highly polished. Really slippery to stand on. The skis sat a lot deeper in the snow (relatively speaking) meaning there was quite a bit more drag. 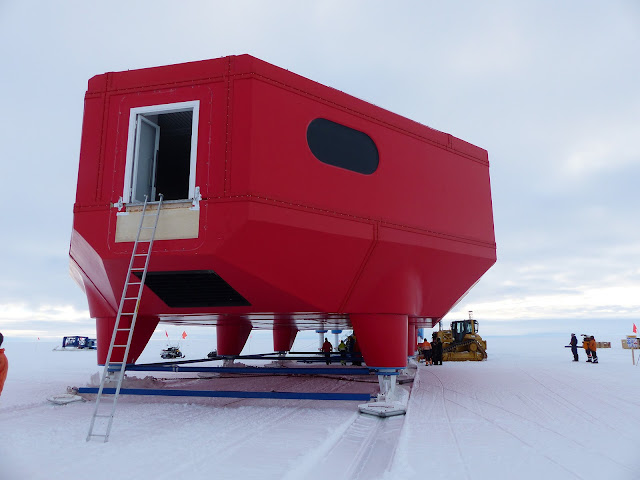 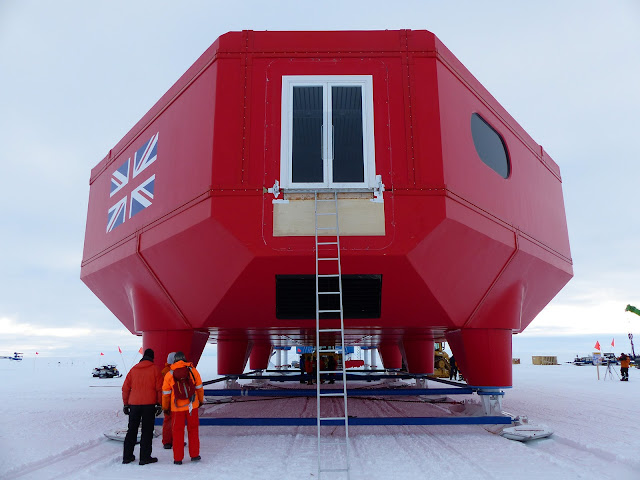 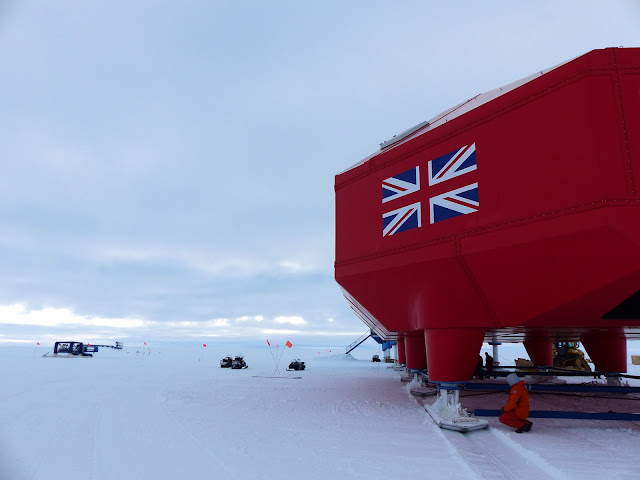 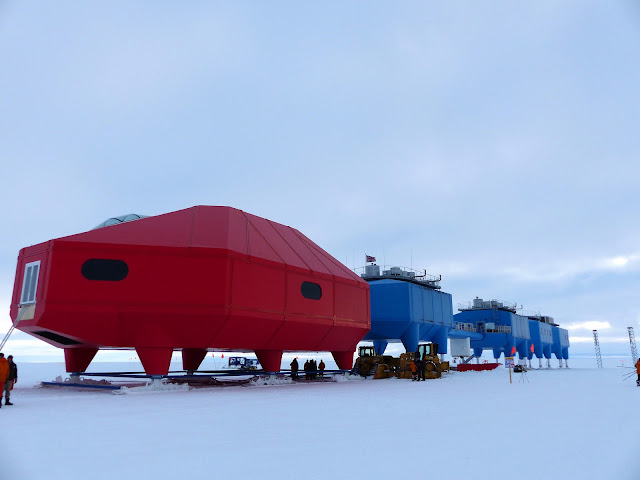 In terms of Modules to move, it’s now just C-Module, which houses the Surgery, the Comms office and the Station Leader’s office, and the two B-Modules (the accommodation Modules). We have a bit of weather coming in today and over the weekend, so hopefully that won’t cause any delays.