It’s been a while since my last post. This is because a lot has happened in the past few weeks! The good thing is that all the Modules arrived safe and sound and have been put back together and everything works. Unfortunately it’s a bit bitter-sweet as the success of the project has been greatly overshadowed by developments with the Brunt Ice Shelf that we are sitting on. If you don’t already know, these developments mean nobody is wintering at Halley this year (for more info, go to this link). This has been a huge blow to everybody here and has massively changed our strategy for the rest of the season. We now need to sort everything so that it will all be alright over winter with nobody here and it’s changed the logistics of how and when people leave Halley. Instead of the majority of people leaving on the ship at the end of the season people are now leaving at different times depending on what jobs need doing and other factors. And there are of course 16 more people that need to leave the Ice Shelf this year. I will be leaving on a Basler flight to Rothera around the 2nd of March.

Instead of the planned two calls we were having from the ship this year, we are now having three. It came past a little over 2 weeks ago and already picked up about 30 people.  This was a really quick change in the previous plan, leaving people with about 24 hours notice to get their stuff together and get on the Snow Cat transportation to the coast. It just shows how adaptable you have to be working in this environment! It came back past the other day a bit sooner than expected to pick up a few more people and some outgoing cargo. Again plans changed and it only took a small amount of cargo as it couldn't find solid and safe ice to moor up to. A few people left on BAS Twin Otter planes today to head through to Rather too.

Temp Camp 6 was taken down this week. At site 6 now is the just what would have been the Winter Science Camp, which is the former Field Guide’s and Tech Services’ workshop (the WASP) converted into work and living quarters. There are also science cabooses and the CAS Lab (which is home to a multitude of science experiments). Some science equipment is being shipped out on the ship to protect it. There will be some work that can hopefully carry on remotely, but the vast majority will be shut down for the winter – a real blow. Some work has been consistent and on-going for over 50 years.

Some good news was that we were still able to go on our winterers training weekend. We, as a team, haven’t had much time all together as some of us are here at 6a and the rest still at 6, so it was really nice to be able to get time away together. We headed to Creek 3 for some crevasse rescue training and some recreational ice climbing. And a great Antarctic BBQ in a custom built windbreak. It was so nice to get off base, get out of the kitchen and have some much-needed down time and just to do something different for the weekend. 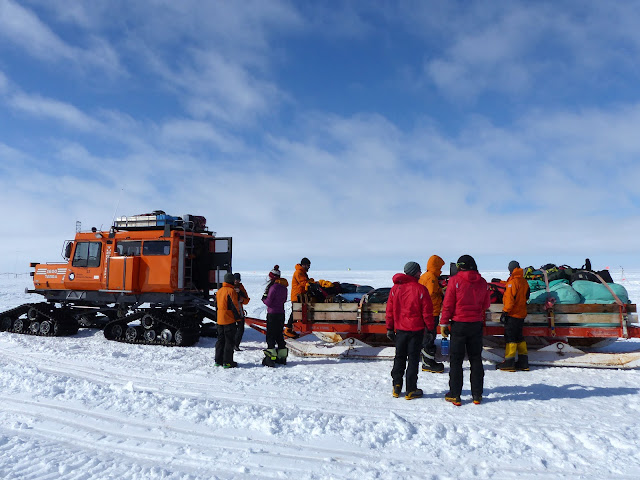 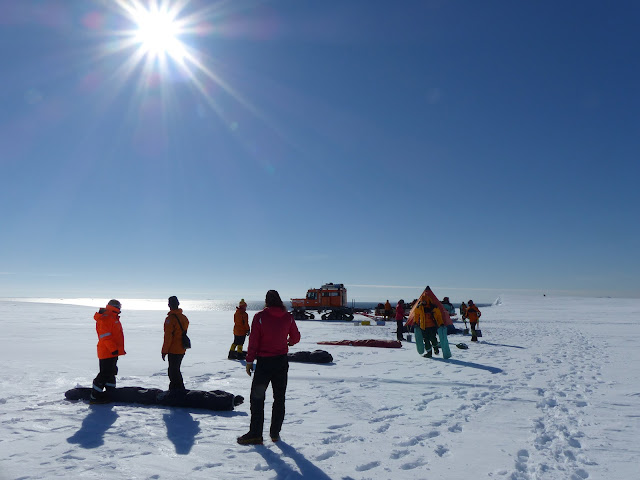 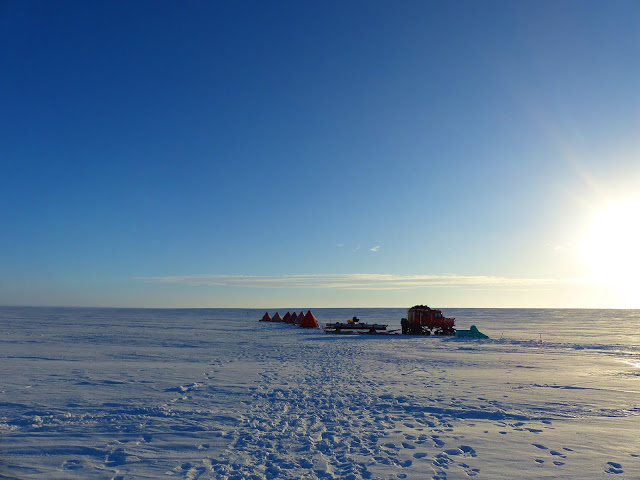 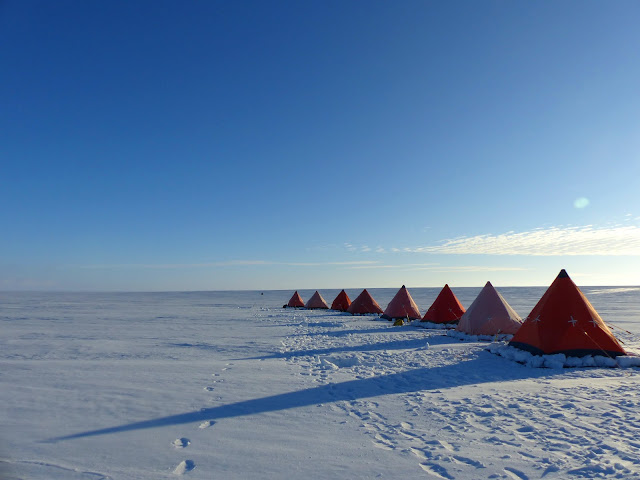 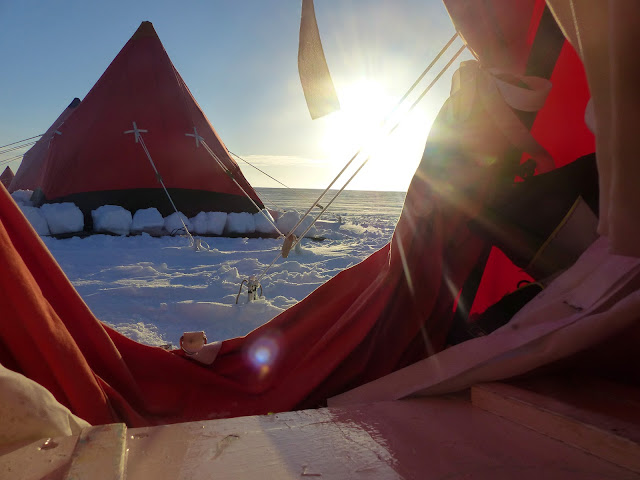 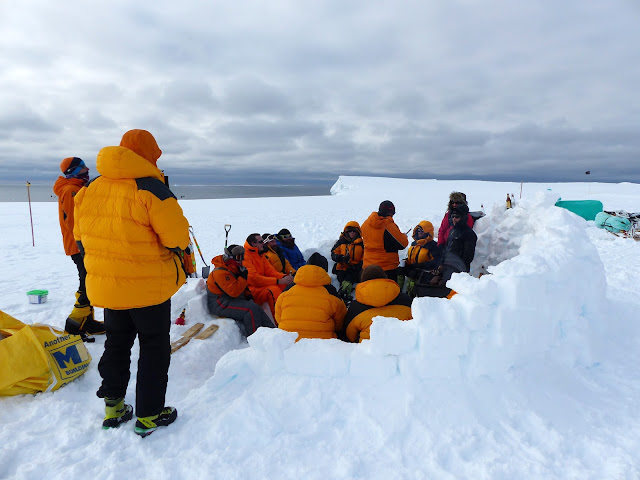 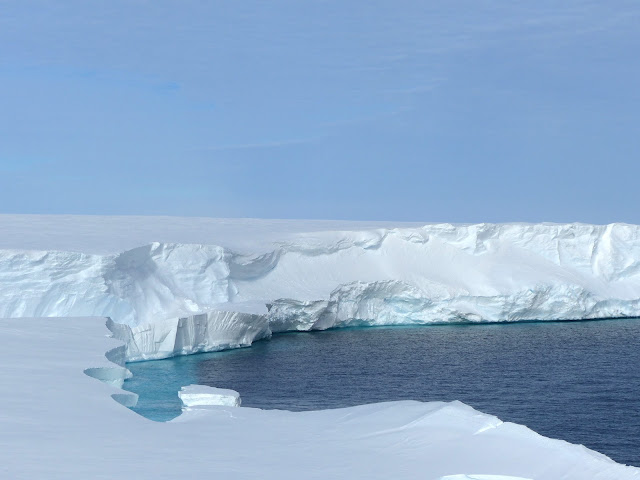 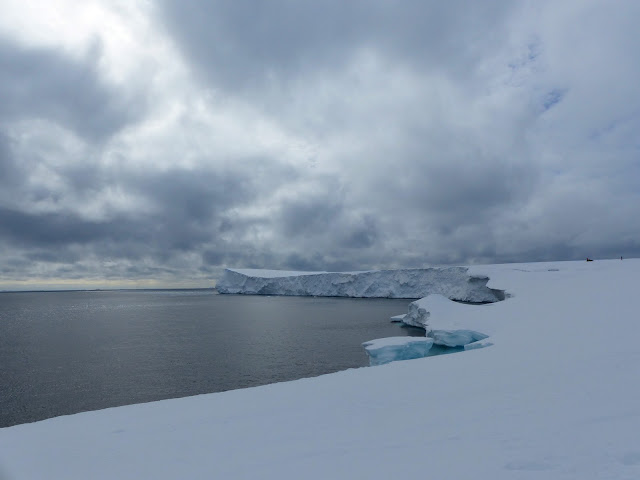 This past week saw some strong winds (around 42 knots with stronger gusts) and some real snow accumulation. 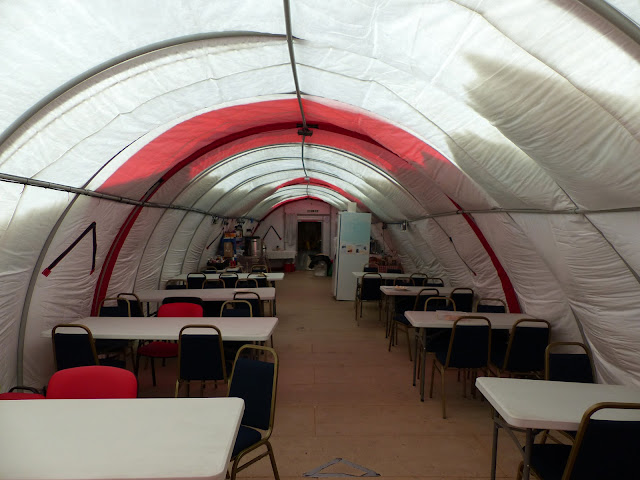 The weather this season has been mostly good and mild really and the last real blow was before Christmas with just three of us here. So there were more hands on deck to dig out the tent. And there are all the vehicles too. The Vehicle Operators do such a great job here but obviously can’t dig the whole tent out so the digging close to the tent is done by hand. My kitchen window looked like this when I got in at about 7am. 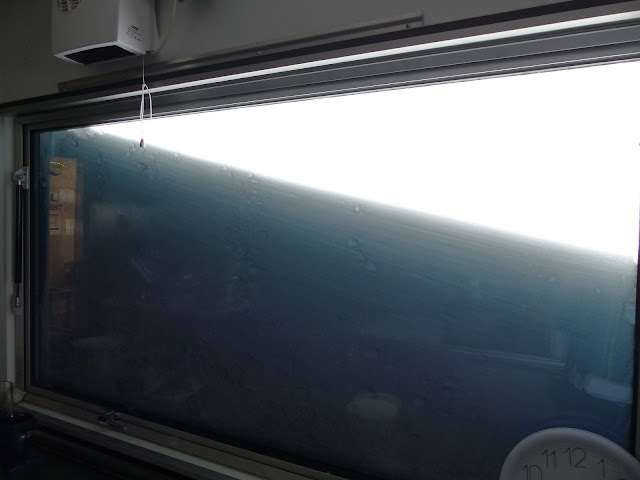 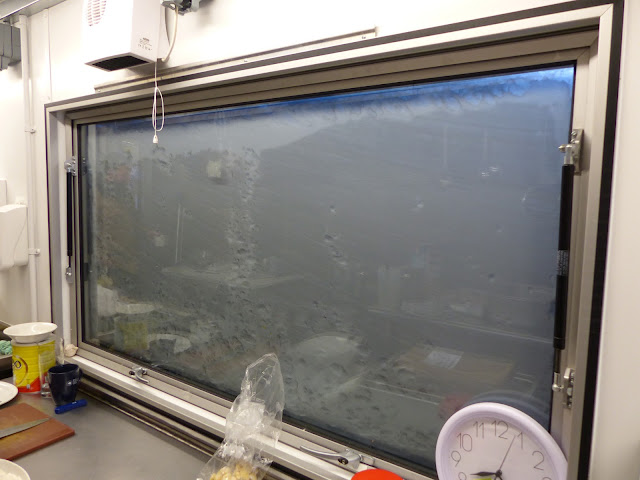 So it all happens very quickly. While I was working on morning smoke (mid morning break), quite a few people were out in some nasty weather. They
eventually got down to the kitchen window and then the rest of the snow was dug out by Bob in the digger. 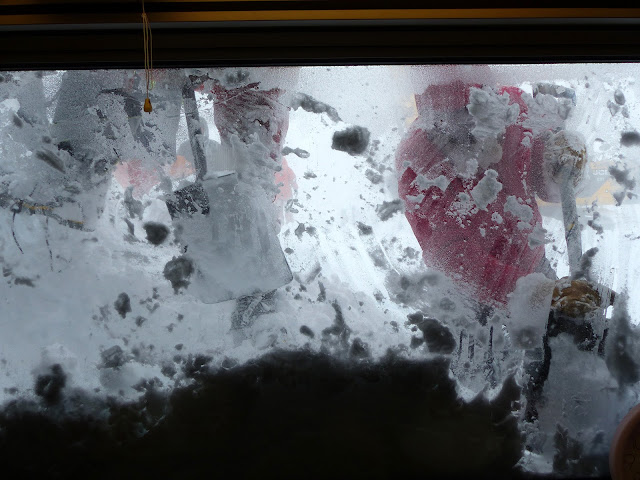 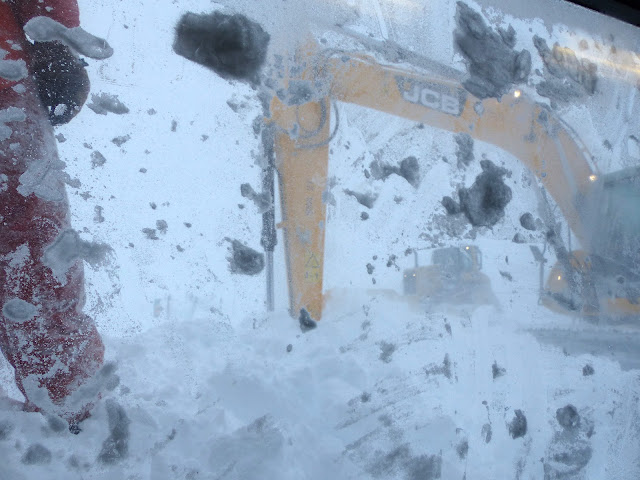 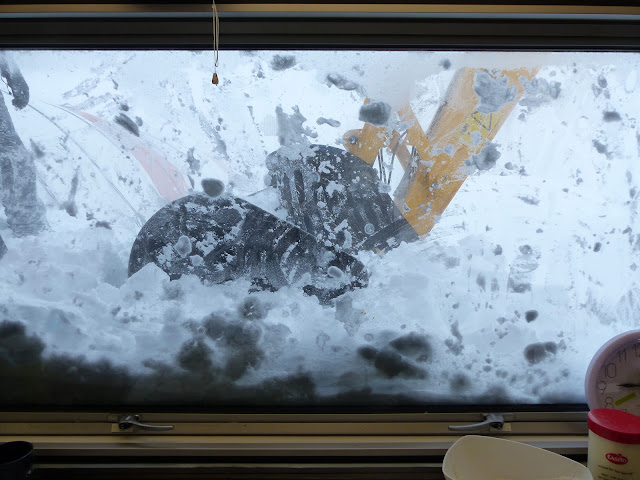 This is what you look like after digging for a while in driving wind and snow! Santa finally made it down here! 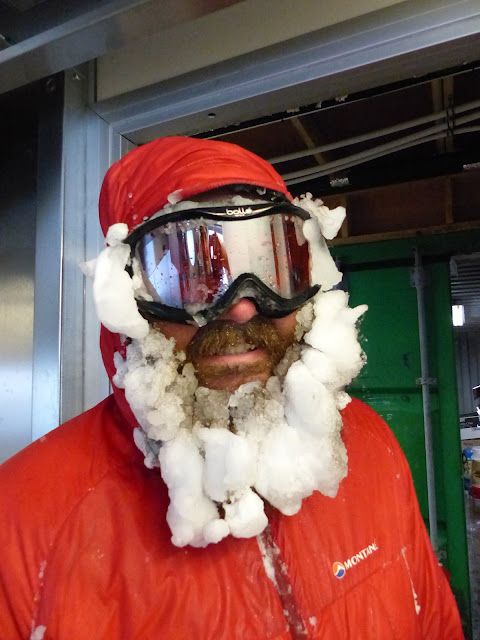 I’ve been really busy in the kitchen and around base to make sure it is all sorted as we gear up to leaving. Next we will be emptying out this Temporary Camp and moving in to the Drewry building until we leave. There is a small domestic stove in there and an open plan living area so it will certainly be interesting. I will try and post again soon.
Posted by sarah clark at 06:20