Life in the freezer.

Earlier this week it was time to bury the two reefers that have been outside the Drewry since Relief earlier in the season. They were housing all of this year's new frozen order. They obviously need power to work usually, but should keep the food at a good constant temperature when buried. It is fairly common to bury frozen food in Antarctica and the supplies we had buried last year for this year did really well and were in excellent condition. 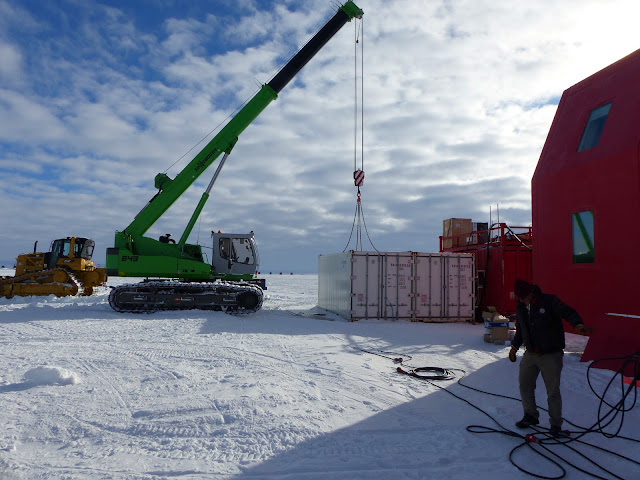 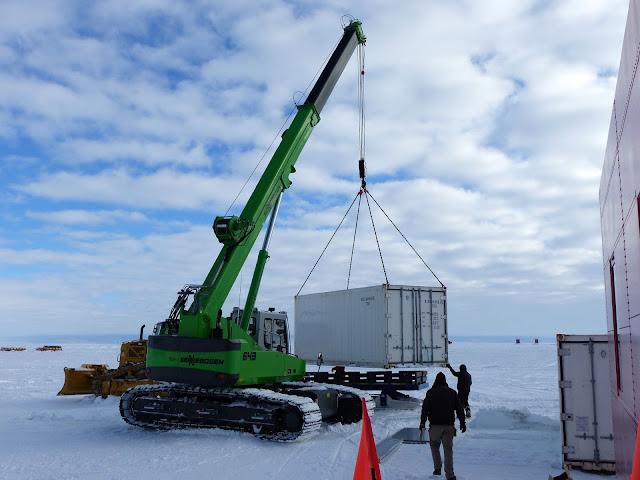 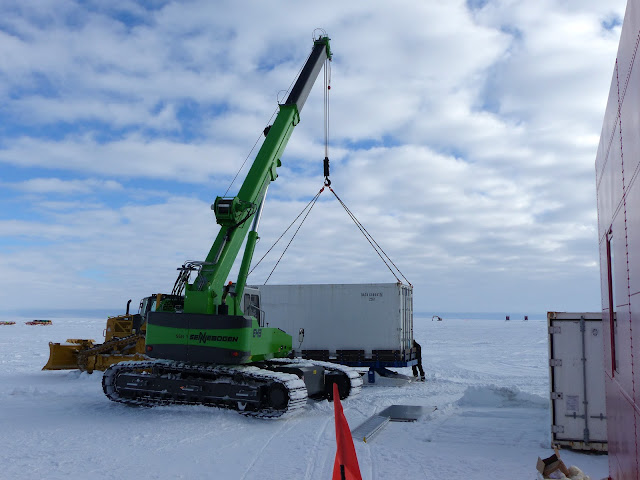 We have a small supply buried for the very start of this season, which will be more easily dug up than the large reefers (which weighed in at just over 10 tonnes each). And to last the next week or so, we have our mini-freezer that the vehicle guys made me - located just outside the Drewry where the reefers were. It's working a treat and is actually more accessible than the reefers were. There had been a lot of climbing over things and belly crawling inside those reefers to locate certain items. This one is just a small hop into a large whole. Really it's a two-man job - the getting out part at least. But using a box of fillet steak and a helping hand from Al, it was easy enough to be heaved out! 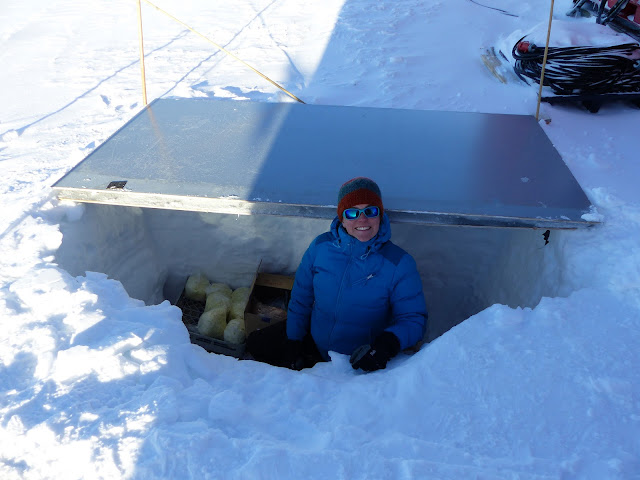 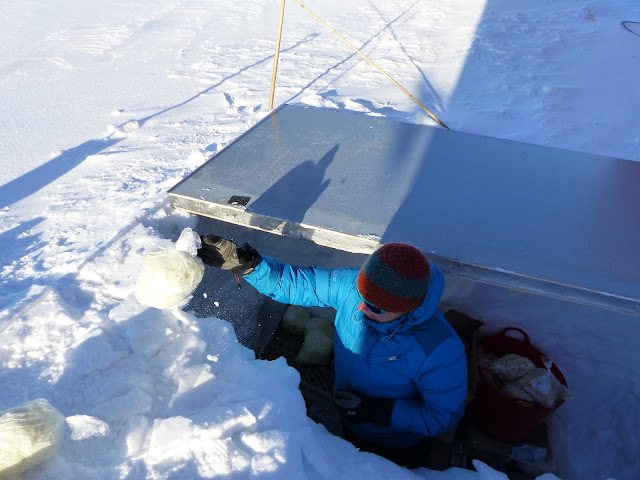 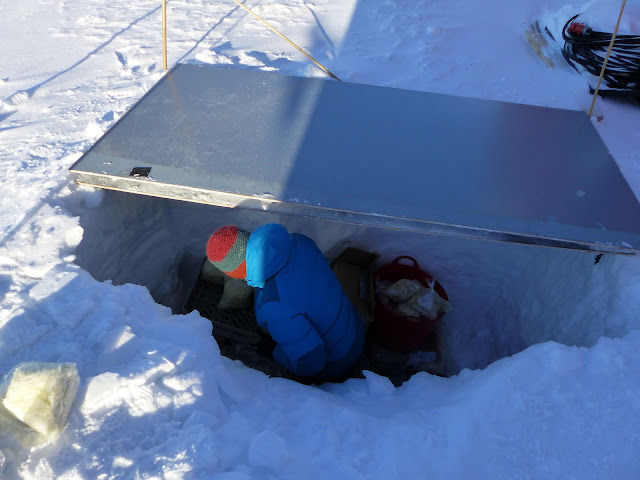 I took a couple of more pics of our melt tank here. We get quite a big mound of snow pushed up by Pete in the Bulldozer, which we then shovel into the tank itself by hand. The red flags mark the pretty deep and lengthy hole the digger leaves, so that we don't stumble or drive in to it on poor visibility days. 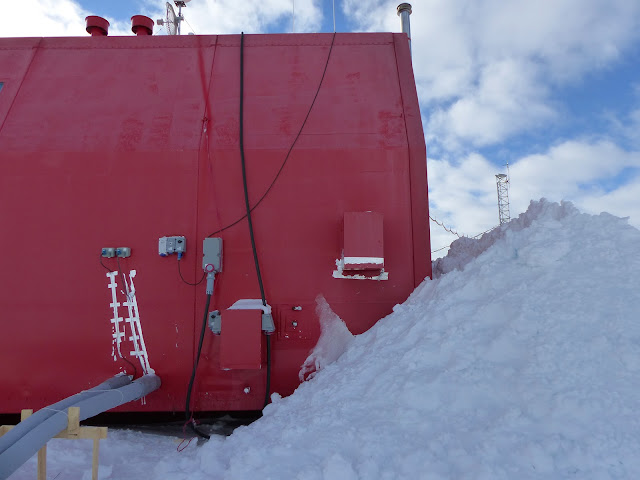 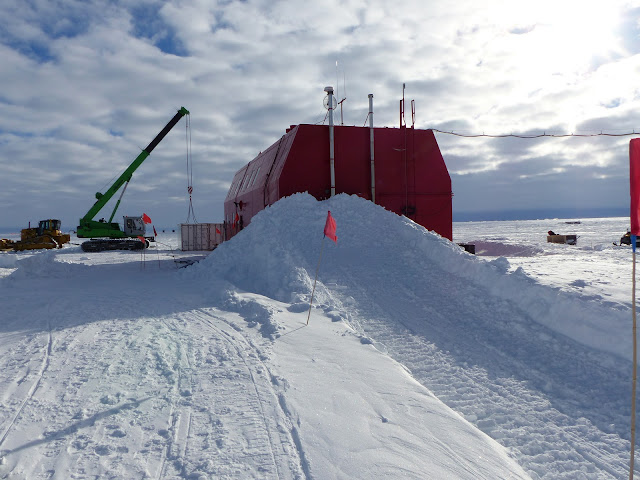 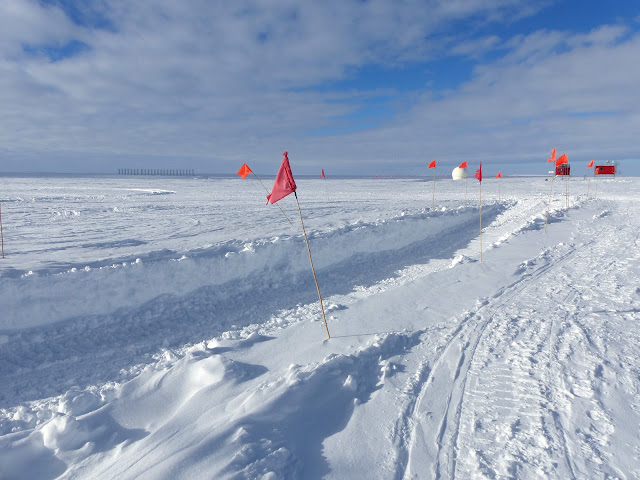 We are having some lovely mornings and evenings at the moment since our first sunset last week. So here's a nice shot of the Modules from the other morning for good measure. 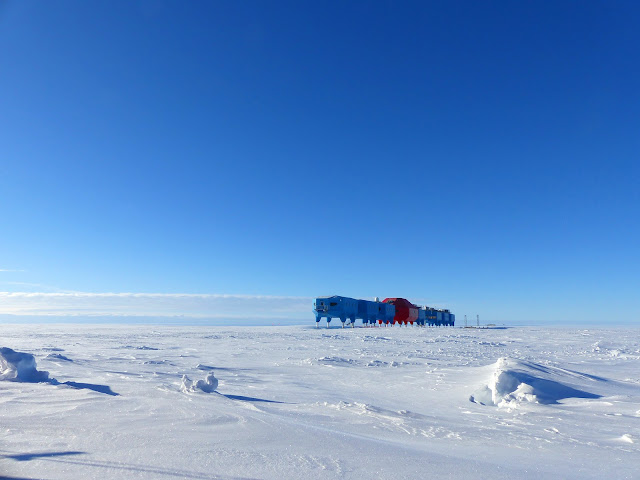