One thing that's been obvious this summer is that here in Antarctica, plans change all the time! Having said I may be off today, that then changed and I should be off tomorrow...maybe. The ALCI Basler came in but the passenger list changed and instead of eight people flying out it changed to six and twelve of us should head to Rothera tomorrow.
It's a lovely day here today. The sun is out and still offers some warmth, though it's getting a lot chillier in the shadows. I thought I'd try and take a few quick pics to make the most of it. 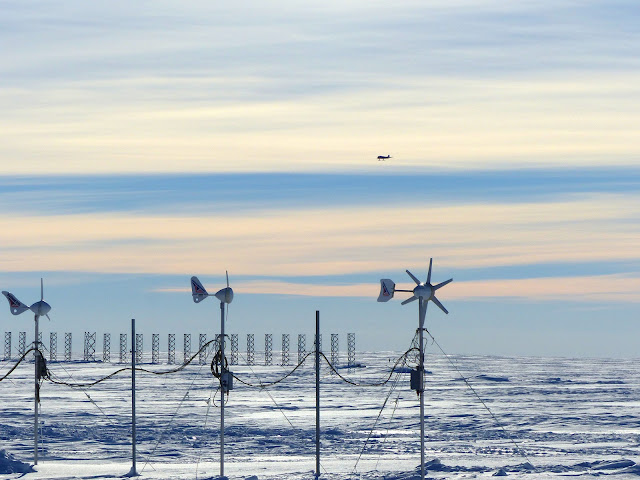 The plane coming in. Jan's wind farm is there in the foreground. That has been recently put up to power some science equipment over the winter. 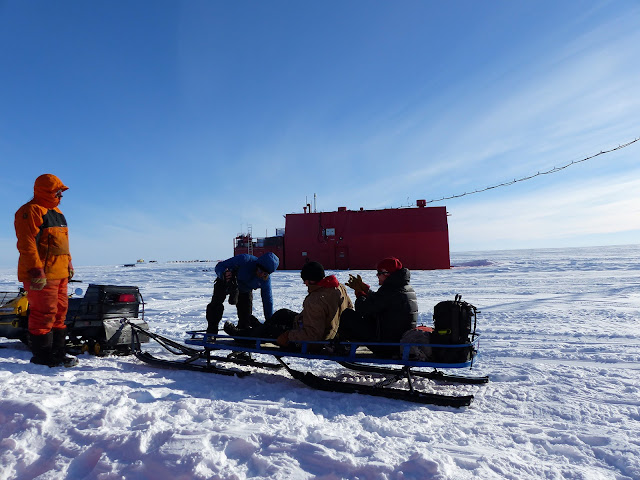 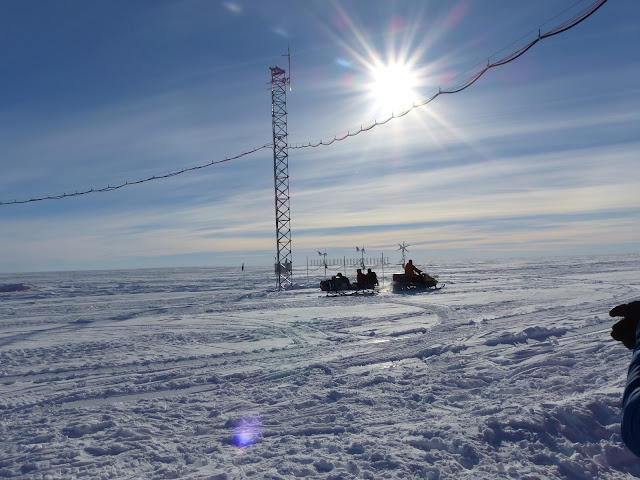 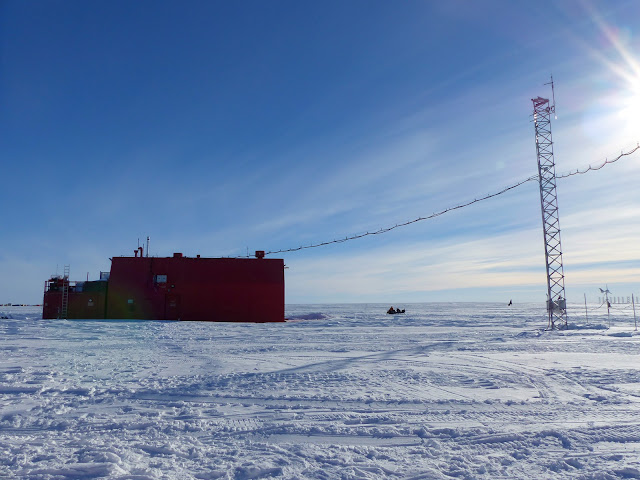 I look out of the window in the kitchen area here and see the neat lines of containers outside and thought I'd say a little about that. The base is kept really neat and tidy throughout the year and is very organised. We don't just park skidoos anywhere, or pop a container here or there. Everything has to be kept in a certain way in order. This means that windtales and wind-scoops won't develop where they aren't wanted, which can be dangerous when the visibility goes. The snow can be more easily managed when everything is ordered and of course it's then more easy to keep track of where things are. The vehicles guys do a great job of keeping it all sorted and really tidy. 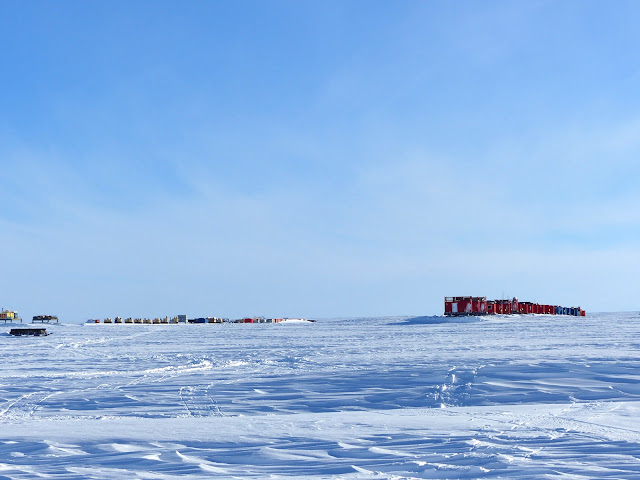 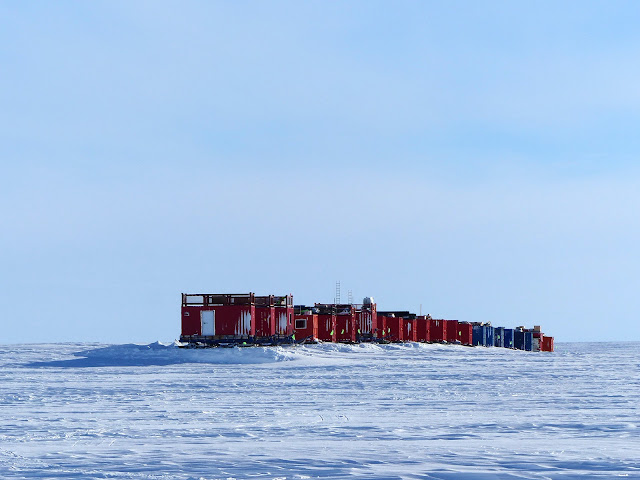 All the containers are put on to winter berms to avoid them getting buried as snow accumulates. Sometimes this is one long "super berm". 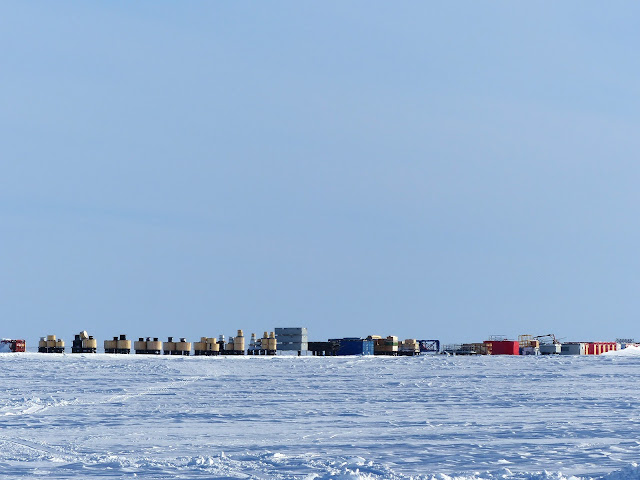 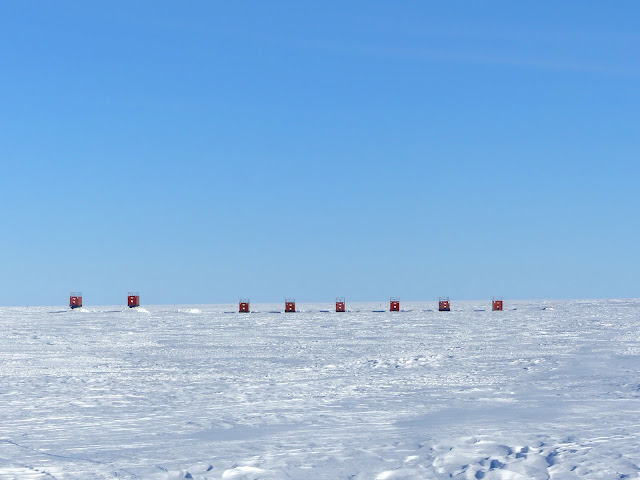 And sometimes these are smaller separate berms like in the left of this pic above.

The Drewry is already sat in a little windscoop of its own after the last couple of blows. The snow is packed down directly by the building and then built up around it. 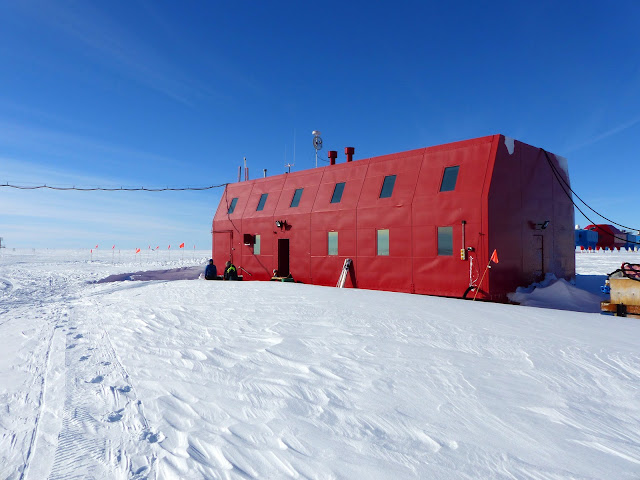 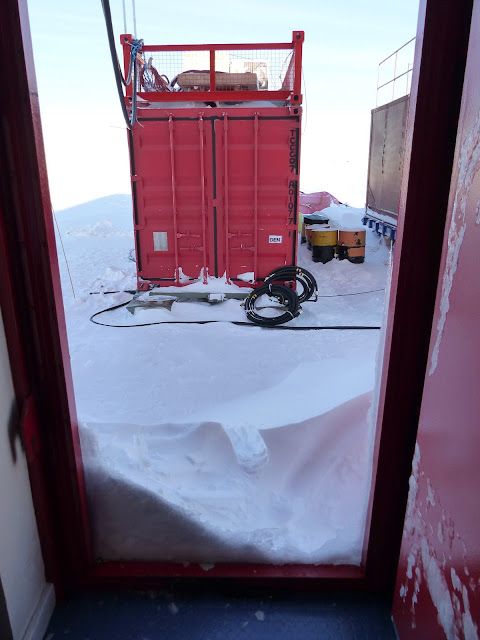 The side door into the living area used to have quite a drop to the "ground". No longer. Since yesterday's blow the snow comes up and above the door in a pretty snow drift. 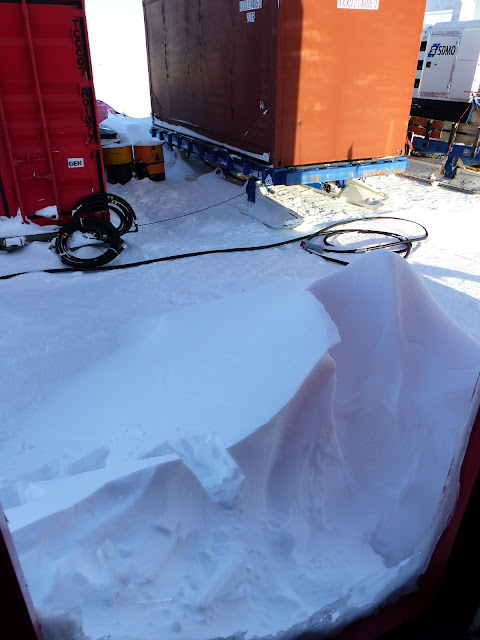 The sides of the Drewry windscoop are really pretty now with the textured sastrugi. 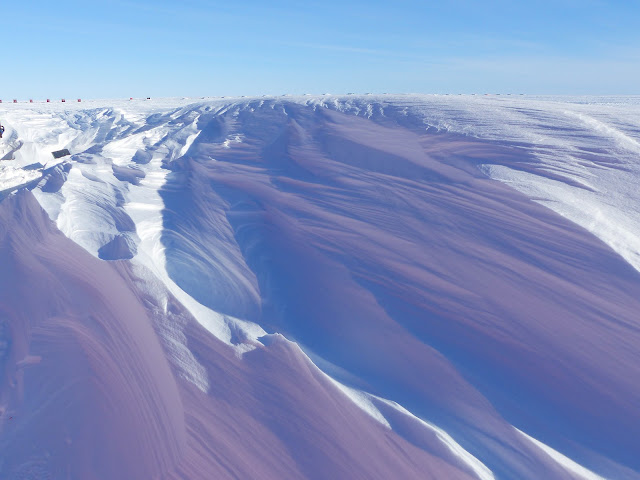 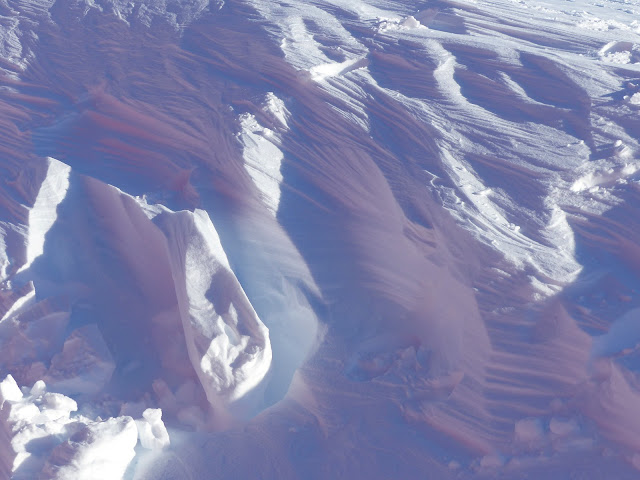 I forgot to include an inside shot of our phone booth in my last post. Not exactly super private, but pretty cool. Photo proof of Shrove Tuesday pancakes also. 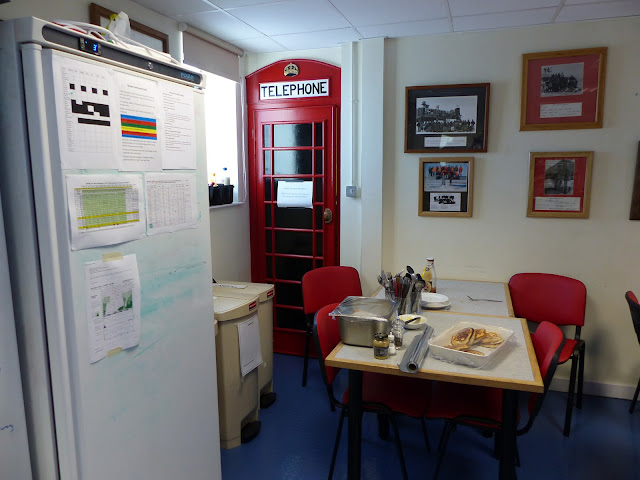